Who We Are >Our Team 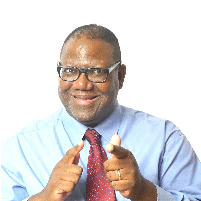 DeAndre’ L. Nixon has been a self-funded entrepreneur since 1998. Starting with Seattle, Washington based iN Entertainment Inc., he made a name for himself as a Special Events Producer. In 2005, he founded iN Education, Inc., an Akron, Ohio based 501 c (3) non-profit organization. Shortly after, in 2007, he founded Proficient Pro., Inc.; it has become a premier consulting firm which offers an array of services for those who wish to take their business to the next level.

DeAndre’ was born and raised in Akron, Ohio; he graduated from Garfield High School. He joined the US Navy immediately after graduation and fought the Persian Gulf War. After serving, he enrolled and graduated from the University of Washington with a Bachelor’s Degree in Business Administration during his time in Seattle, Washington and achieved an Entrepreneur MBA at Baldwin-Wallace College in Berea, Ohio. DeAndre’ has a world view having traveled to 18 countries and visiting 27 American states. His strengths lie in Business Consulting, Life and Business Coaching, New Product Development and Sales & Marketing. 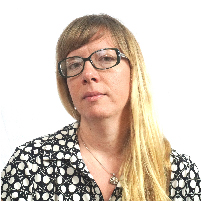 Sona Nixon, the Administrator for Proficient Pro, is the self-taught Creative Designer and Administrator; she has joined the team in 2013. Sona also discovered her new passion for Project Management, Patent Applications, Graphic & Web Design and Business Administration. Sona has been the Project Manager for iN Education, recruiting and managing a team of over 200 remote professionals in the fields of Information Technology, Grant Writing, Magazine Editors & Writers, Educators & Tutors and Marketing who are working tirelessly on WOW! Rewardni$er technology.

Sona was born and raised in Presov, Slovakia. She has graduated from a Hotel Academy in her home city, equivalent to a U.S. trade school diploma. After her graduation, she traveled and worked abroad where she gained most of her twelve (12) years’ work experience in the Hospitality Industry working in Germany and Egypt. She spent four of those years as a Personal Assistant to the Managing Director of the Hotel Management Group and its Quality Control Manager. As a linguist, Sona is fluent in English, Russian, Arabic, and German in addition to her mother toungue.